1. Basic Info of Chaos Castle Survival of the Fittest

– You can enter through NPC Mait (85/135) who is in Lorencia Market to join Chaos Castle Survival of the Fittest.

– It begins the first day every month and it is divided preliminary round and the semi-finals and it is progressed for 6 days.

– Obtained score will reflect rank at the same time as Chaos Castle Survival of the Fittest is finished and you can check your rank through the entrances NPC.

– You can check characters those who advanced for the final battle through NPC after finished the last game.

– If you are a murderer, you might be restricted.

From 1st day to 6th day every month.

– Min. numbers of beginning members is 5 and maximum is 70.

– Between 1st and 20th, accumulated score from preliminary round, will get chance to advance for the finals.

-The rule of progress is same as previous rule of Chaos Castle.

– Ranking is reflected by adding accumulated score after the last battle of preliminary battle, from 1st day to 3rd day every month.

– Ranks 1 to 20 will advance to the Semi-Finale battle.

– Top 10 ranked players from the finals can enter.

– It is progress for 6 days every month and the final winner will be chosen through 1 game in the finals.

– The final winner will be registered Hall of Fame and at the same time, Wings of the Conqueror will be given (Periodical item).

– All games are calculated in the same way..

– When the point is low, players at lower level and lower experience point will be prioritized.

– Preliminary round / the finals will be initialized, when you advance for the next game and

the final game will be hold one game to be selected the winner. .

– If the winner is not selected in in limited time, the winner will be selected by the following rule.

– You can enter through NPC Mait (85/135) who is in Loren Market to join Chaos Castle Survival of the Fittest. .

– When you click NPC Mait, a window of Chaos Castle Survival of the Fittest will pop up.

7.2 Check ranking UI
– When click ‘Check Ranking’, a ranking window will pop up.

– The medium reward is same as before. However, the reward will be randomly given.

– Final rewards are same as before such as Jewel of Life, Jewel of Creation, set items.

(3) Reward for the final winner

-The final winner will be recorded on Hall of Fame [Web Page] and ‘Wings of the Conqueror’ will be given at the same time.

– Wings of the Conqueror can be used for 28 days. (When it is obtained, it will be used automatically.) 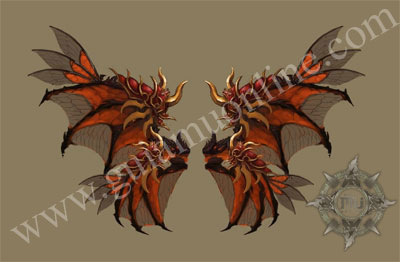